Fire on the Mountain

"It was the best of times, it was the worst of times..."
- Charles Dickens

While the opening line of A Tale of Two Cities is certainly amongst the most memorable in all of literature, this seemed an odd place for it to pop into my head. I was on Pilot Knob Mountain, overlooking Lake George. In upstate New York, a long way from London or Paris.
I had just reached the top, coming from the Inman Pond trailhead to the east. Part marked path, part bushwhack. Not particularly hard but not a walk in the park either. A little sweaty, a little chilled on this early winter day, I fumbled with my camera to get a shot of the piled stones that marked the 2163 foot summit. That's when it occurred to me: my hike's theme was "a tale of two monuments", one standing for the best of times and the other for the worst of times. 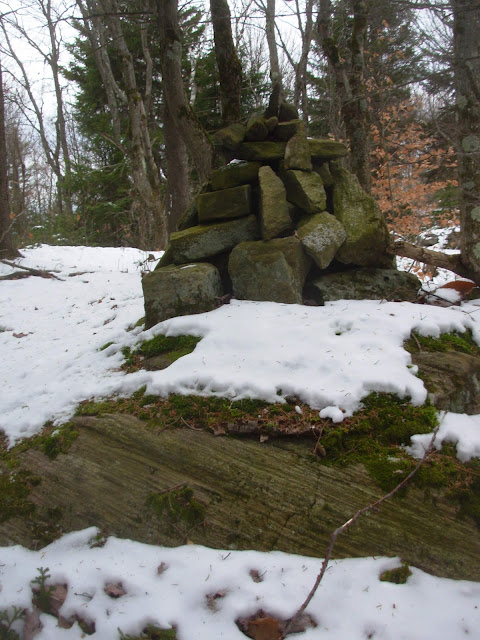 Here in the Adirondacks, as in ranges around the world, climbing mountains is a shared passion. And why not? It's a deeply satisfying way to feel fully alive. We are meant to move, to explore. All the petty hassles and frustrations of day to day living seem to slide off the sides of mountains and you're left with simple, elemental challenges: weather, terrain and the limits of your strength and will. Can there be any other human endeavor where the goal, hard as it may be, is so clear? Reach the spot where the only thing above you is sky and you can take a deep breath of success. 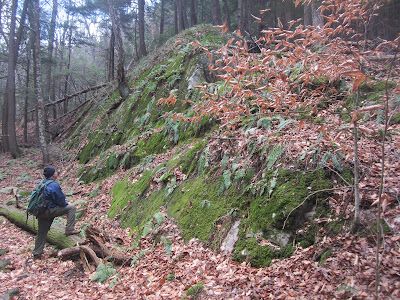 Pilot Knob is no Everest. Nor is it in the same league as Mt. Marcy and the other High Peaks. It's not even as lofty as several of its neighboring Lake George mountains. But you can't order its summit gift wrapped from Amazon. It's all uphill and steep uphill in places. There are rock-hopping stream crossings, blowdown from the Halloween storm and beaver-flooded sections of trail. And for half the climb there's no trail at all. What looks on a topo to be a smooth, steady slope turns out to be a confusing maze of small drainages with intervening ledge-y ridges. You start to wonder if your headed in the right direction. And with no trail there are few, if any, other hikers. On my trip I met just one guy who was deer hunting and he was just a short distance from the parking lot. 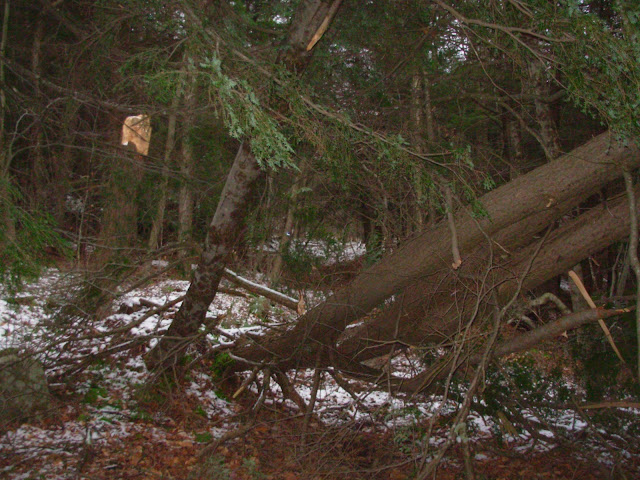 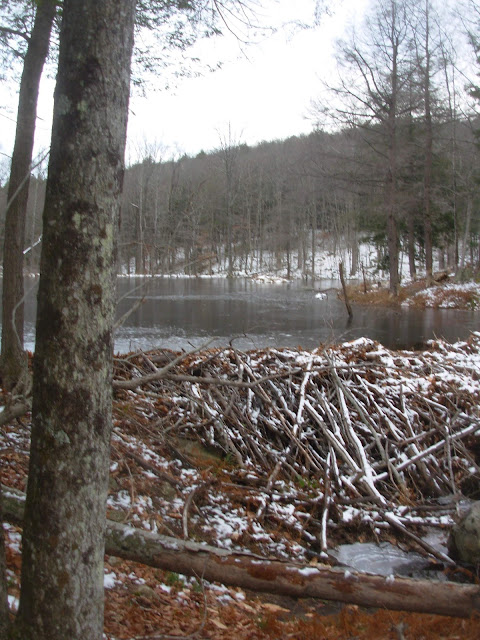 I spent a few minutes beside 'the best of times' summit cairn, celebrating my ascent with peanut buttered crackers and cold water. A few moments of 'life is good' euphoria that comes with crossing a finish line. I'ld been here several times before, on skies or during long backcountry runs, but that was when I was younger, when gravity wasn't as strong. Today, just a slow, uneventful walk was enough to kindle the warm glow of accomplishment.
But you can't bask in that warmth for long. Not up here on a cold, wintery day. It was soon time to get moving, to visit that other monument just a short distance downhill. The one that marked 'the worst of times'.
Fifty years ago...late fall of 1969. We'd go to the barn for morning milking and the first thing Dad did was turn the radio on. Catch up on the news. WWSC - AM out of Glens Falls with DJ Bruce Matthews, popular for his humorous banter. We listened for the weather, sports scores and the occasional story of some town official caught with his hands in the till. Then came the morning of November 20, 1969 with its 'glue your ear to the radio' NEWS: a plane had crashed into the side of a Lake George mountain, bursting into flames. Despite epic search and rescue efforts, everyone onboard had perished. For days it was all anyone in the area could talk about, locally as big a story as the 9/11 attacks would be nationally many years later. 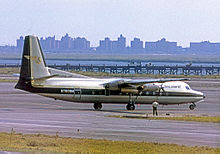 Fairchild turboprop similar to the one that crashed
web image

The mountain was Pilot Knob. Mohawk Airlines Flight 411 had originated in LaGuardia (New York), dropped off most of its passengers at Albany and then continued for the short hop to Warren County Airport. The weather was bad, driving rain and gusty wind. The pilot missed his first approach and was forced to circle around and try again. He never got a second chance. Looping back to the east over Lake George the plane had lost altitude. In the rain, in the dark, at 300 MPH a mountain suddenly loomed before them. Some observers think there was a desperate attempt to bring the plane's nose up that actually caused it to flip in midair and plow into the mountain upside down and backwards. Two or three hundred feet would have made the difference. 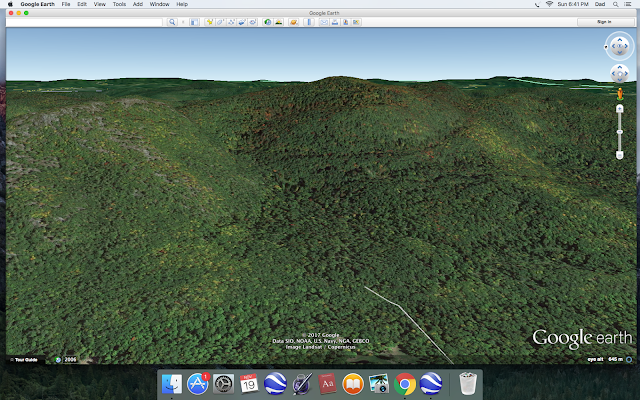 8:15 pm on Wednesday evening, November 19, 1969. People looked up thru the rain and fog to see an orange fireball near the top of Pilot Knob. Rescue operations began immediately but were hampered by the terrain, darkness and the weather as the rain turned to sleet and wet snow. By the time State Troopers and Forest Rangers reached the site the fire was mostly out and it was apparent that none of the three crew members and eleven passengers had survived. Several officers stayed at the site overnight and the following morning the grisly task of removing the bodies began.
A few of the victims were from nearby areas: South Glens Falls, Hudson Falls and Argyle. There was also two people from Fair Haven, Vermont. And then there were three French citizens on a business trip. Serge Braschi of BAzamont, France was one of them and a year after the accident his friends placed a stone memorializing him at the crash site. I think of this as 'the worst of times' monument and that's where I headed after leaving the summit cairn.
As the plane crash makes all too clear, things don't always go as planned in the mountains. I'ld been to the site a number of times but not recently, not in the last ten or fifteen years. Things looked a little different than I remembered. I dropped down off the ridge on the side towards the lake. There aren't great views here, just filtered glimpses of the water thru trees. On this grey November day Lake George seemed somber, empty. The upper west face of Pilot Knob is a series of vertical ledges separated by sloping benches. There was an inch or two of snow making the footing a little tricky. I checked this way and that. It was late in the afternoon of an overcast day with darkness approaching. I was by myself and (foolishly) hadn't told anyone where I was going. Maybe it was time to exercise some good judgement. Maybe it was time to head down the mountain. 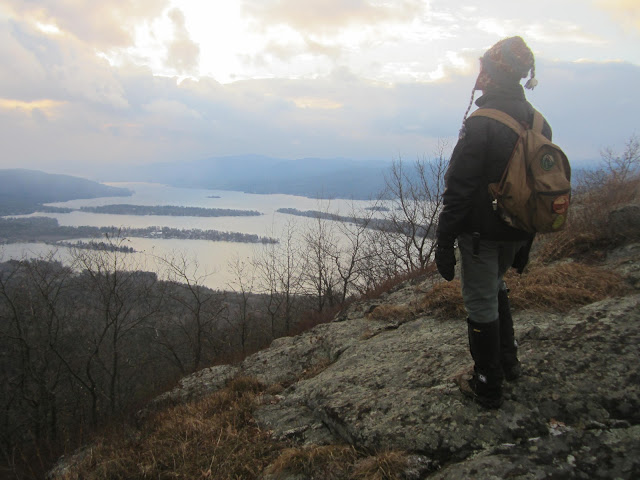 Before leaving I took one last moment to absorb the mood, the feel of the place. Today was calm, quiet. But imagine the violence of that evening fifty years ago, the sound and fury of metal into rock. The ear-splitting explosion and the acrid smell of burning fuel. From where I stood I could look across to what's sometimes called Pilot Knob Ridge. It's a football shaped spur that lies between the main peak and the lake. It has a bare bouldery crest, the result of a 1973 forest fire, and is climbed much more often than the actual summit where I was. I've been there on warm sunny days when groups of hikers are talking, snacking and enjoying the views, their kids and dogs having a grand adventure. Compare that to the nightmare of the first responders in 1969, unsure of what awaited them as they arduously slogged up the mountain, sleet stinging their faces. And sympathize with the emotions the loved ones of the victims must feel as they look up at this spot. For better or worse, this little mountain has touched many lives. 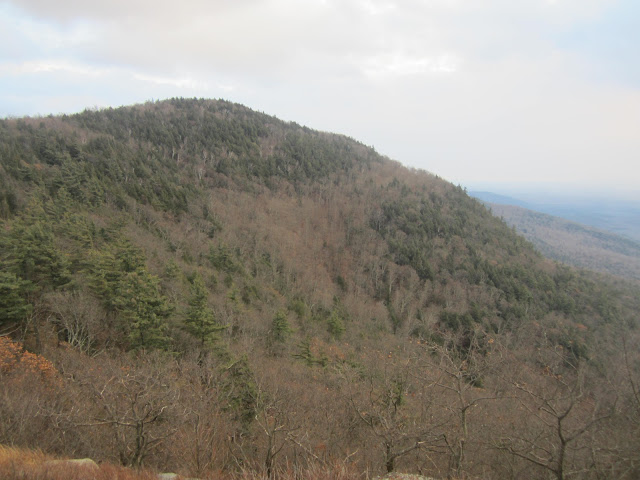 Final thoughts...
I had hoped to bring back photos from the site. It didn't happen. In lieu, I'll offer a recollection from previous visits. From the summit cairn the site of impact is several hundred feet lower in the direction of Pilot Knob Ridge. On this trip my mistake may have been in being too far south, directly below the summit. The monument is a stone cross, probably granite, sitting on a pedestal block. It's much like what you'd see in a cemetery, very heavy with BRASCHI etched in the stone and also the date. Getting it to this inaccessible spot is a testament to the devotion his friends must have felt for Serge. There are also bits and pieces of the plane scattered about. They should be left as is, with the area being treated as an historical/archaeological site not to be disturbed. If anyone has a photo of the stone they want to forward to me I'll post it here for others to see. 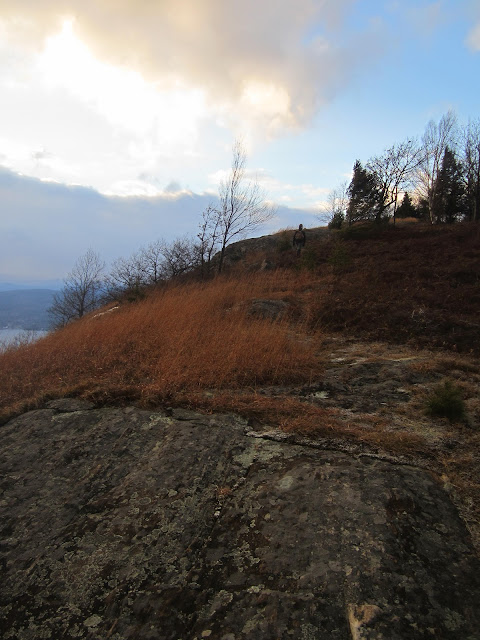 UPDATE: Julie Braschi suggested this link to a photo of the monument.