Ground Hog Day is still a week away, but one furry critter has already peeked out of his hole. That would be me. I tend to hunker down towards the end of the year. Lie low and let the holiday mayhem pass over. Both gift giving and receiving make me queasy. The last time I went shopping was before the war. I'm not even sure which war. There have been so many. 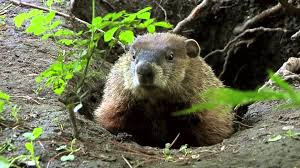 Late December/early January is my time to reflect on the year gone by and the year to come. Looking back on 2016 I've come to see that there are gifts I'm grateful for.  They're from people who, in one way or another, helped me get to know my chosen place. As I look forward to another season of exploring, I want to recognize those who've made my past explorations so rewarding. 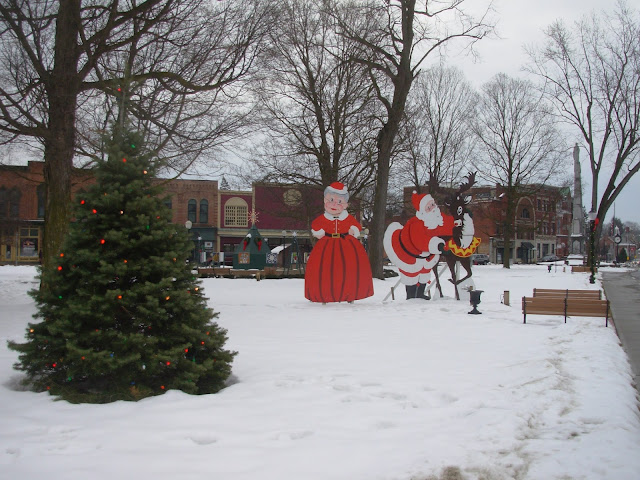 The park in Hudson Falls...we had a white Christmas!

Let's begin with our place in the cosmos. I've read Sky &Telescope since I was a kid (that was shortly after the Big Bang). The magazine and its website are great resources for all things astronomical. Another site I appreciate is the Vermont Public Radio/Fairbanks Museum's Eye on the Night Sky. Mark Breen has an easy going, down to earth way of wandering thru the heavens. Locally, we are fortunate to have the Salem Astronomical Society where you can gaze thru a telescope with someone who can explain what you're seeing. 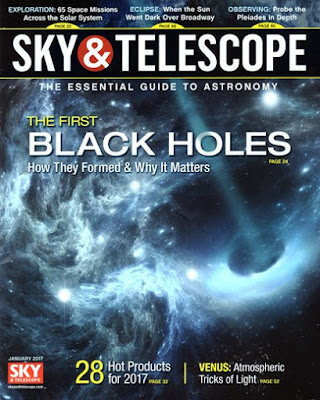 The most amazing object in the universe? It's got to be Earth! Hometown pride. Geology is the study of the Earth, concentrating on the thin layer of crust where we do our living. This crumpled veneer of rock is the foundation of every place's identity and a fascinating puzzle to solve. Start with a basic text to understand core concepts. A field guide to rocks, minerals and fossils will also prove helpful. Then the fun (and the challenge) begins. How to make sense of the outcrops and landforms that you see everyday? 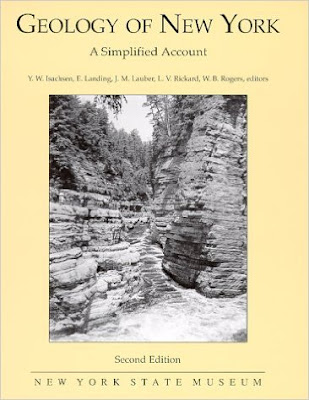 I've found publications from the New York State Museum essential for understanding Washington County. Geology of New York is a 294 page publication full of photos, maps and diagrams. Bedrock Geology of the Glens Falls - Whitehall Region, New York is a more detailed mapping of the north-central part of the county by Donald W. Fisher. I've also found Fisher's The Rise and Fall of the Taconic Mountains valuable. Copies of Bradford Van Diver's Roadside Geology of New York and Roadside Geology of Vermont & New Hampshire are always in my truck. He includes a tour along Rt. 22 the length of Washington County describing the features you are driving by. 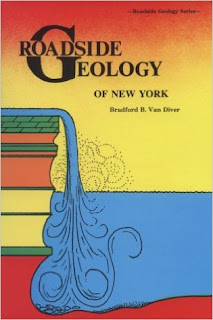 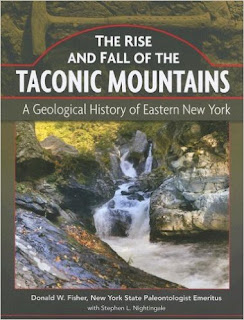 Just off Rt. 22 in Granville is the Slate Valley Museum, a magnet for those interested in the quarry belt on either side of the state border. You'll see geological timeline displays as well as historical bedrock maps by the legendary T. Nelson Dale. They also sponsor field trips and lectures. I've heard Ed Landing (NYSM), Helen Mango (Castleton) and John Van Hoesen (Green Mountain College) speak here. Landing has authored many papers on the Taconics. Mango and Van Hoesen, beyond their teaching duties, are both working on books relevant to the area. Professor Van Hoesen also kept a geology blog for a number of years. Speaking of blogs, Dr. Jack Share's Written in Stone... is amazing. In his archives you can find posts on the Taconics and the Adirondacks. 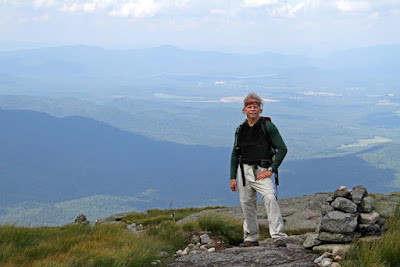 Dr. Jack Share
Two organizations that sponsor field trips and publish guidebooks are the New York State Geological Association and the New England Intercollegiate Geological Conference. There is no substitute for looking at rocks with a geologist, being able to ask questions and get answers on the spot...even if the answers are indecipherable:
"...oolites which are locally abundant in some beds do not appear strained to any significant extent. Stylolites do occur in some beds but they are bedding-parrallel, presumably compactional in origin. Laminated algal micrites, locally stromatolitic, can be seen, along with micrite edgewise breccias with oolites..."

All I can say is thank God the oolites aren't strained and the micrites are laminated.
I've been fortunate to accompany James McLelland, Timothy Grover, Michael Williams and others as they examined the bounty of outcrops along Rt. 4/22 from Fort Ann north to Ticonderoga. I also need to mention William Kidd who, along with his students and colleagues, did a lot of work on the Taconics while at U.Albany. His papers and field guides, with detailed examinations of individual outcrops, have helped me see the story in the rocks. Incidentally, the bit about oolites/micrites quoted above came from one of his papers. We won't hold it against him. 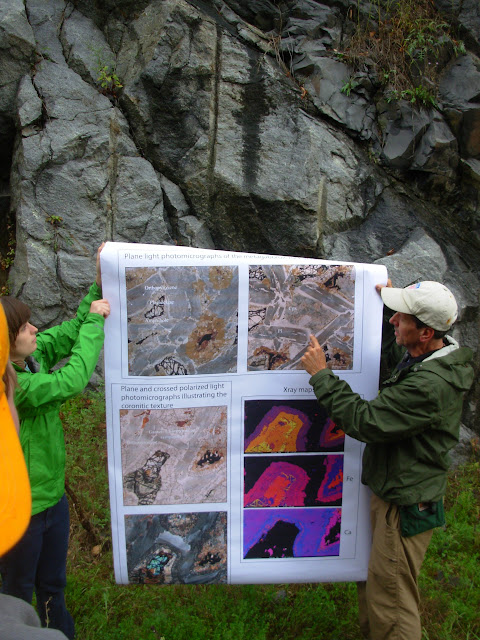 And you thought they were just plain old rocks...geologists along Rt. 22

Speaking of outcrops, there's one over on County 49 near Cossayuna that I'm eager to visit. Michael Huggins, Washington County's homegrown geologist, writes about it in a delightful piece called "Searching for some of Argyle's Earliest Residents". This is the first chapter in a book of history and memories entitled Argyle, My Argyle. Many local histories feel obligated to include a little natural history, setting the stage so to speak, for the battles, settlement and bustling activity to come. Huggins gives us much more, telling of Charles Walcott's forays in search of Washington County trilobite fossils and explaining the series of geologic events that placed the creatures here. Science with a personal, local touch. Great stuff. 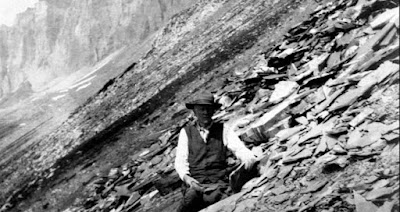 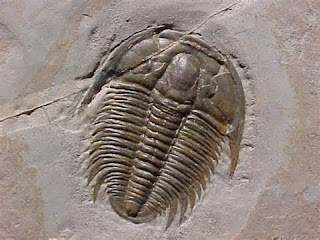 The Taconic hills to the east, the Hudson/Champlain lowlands and the southeastern edge of the Adirondack Mountains are the big tectonic features created over hundreds of millions of years. But much of the surface where we grow our food, build our homes and go about our lives has been shaped much more recently. Glaciation and subsequent soil development are fundamental to the nature of this place. Many of the resources already mentioned are helpful here: NYSM publications and Van Diver's books for example. John Van Hoesen's specialty is glacial geology and he lectures on it occasionally. Another book I like is The Hudson Valley in the Ice Age by Robert and Johanna Titus. It's oriented to the lower Hudson Valley but still useful in understanding further north. Finally, the USDA's Soil Survey of Washington County, New York connects the dots of bedrock and topography, of glacial history and weathering to explain how our complex mosaic of soils formed and what their characteristics are. Essential information. 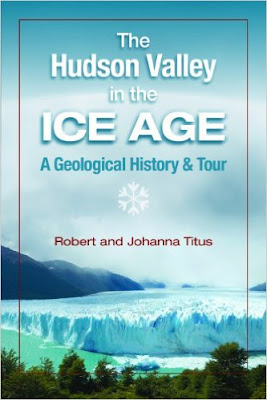 How's that saying go? "Everybody talks about the weather, nobody does anything about." The thing is to listen to those who actually know what they're talking about when it comes to the atmosphere, climate and weather...natural phenomena that are defining features of place. As with geology, I have a couple of basic meteorology references to get the big picture. Other sources I've found valuable are David Ludlum's The Vermont Weather Book and Adirondack Weather by Jerome Thaler. They're good for historical context and regional influences. 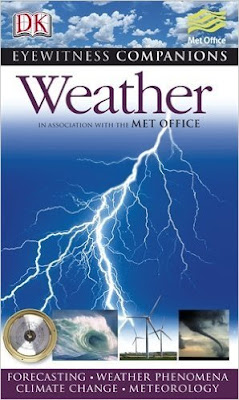 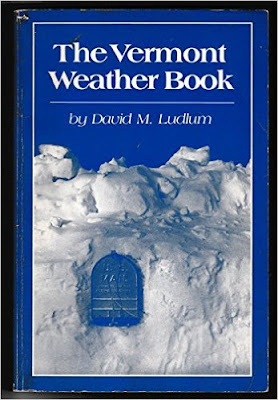 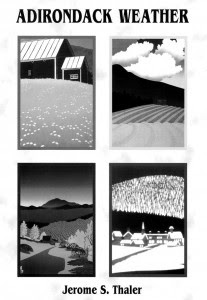 There's lots of options for daily forecasts. I typically check the NWS/NOAA site everyday and also listen to the Eye on the Sky guys on VPR for a little extra insight. Most of the time it's just wanting to know sun/rain, hot/cold, mow hay or not type of stuff. But if you can spare a few extra minutes there is a tremendous amount of information available and with a little effort you can start to understand why cats and dogs are falling out of the sky.
I'm grateful for all the people and resources mentioned above. The natural sciences of astronomy, geology and meteorology have helped me understand the canvas on which life unfolds. In the next post we'll delve into the work of biologists and ecologists, historians, artists, writers and storytellers. There's a lot more gifts under the tree! 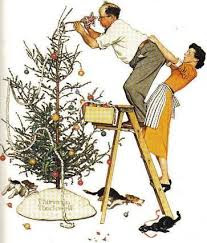