The French concept of 'terroir' is having a moment. It's generally defined as all the natural factors of soil, topography and climate that give a wine its characteristic flavor. But the idea has also been applied to coffee, tea and cheese. Even milk and maple syrup! So, do you mind if I take it a step further and speak of the terroir of songs? Maybe that's stretching the meaning to the breaking point but I've always enjoyed songs rich in detail of a particular place/time/event. Songs rooted in a distinct landscape, much like the paintings of the Hudson River School of Art. 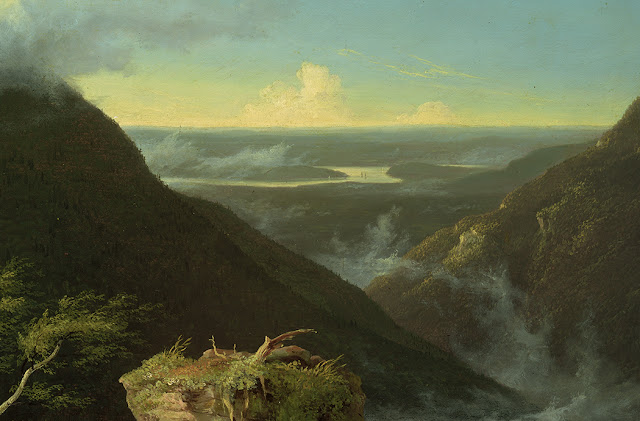 Thomas Cole painting from the Web

There have always been regional styles of music - Appalachian ballads, Western Swing, New Orleans jazz. Then there's the popular 'city songs' of Frank Sinatra and Tony Bennett, celebrating New York, Chicago and San Francisco. John Denver had big hits with 'Rocky Mountain High' and 'Take me Home, Country Roads'. More recently, rap is the style young black men have created to share their urban mean streets experiences. My thought is that pop songs are one more way people have found to make sense of their relationship with place.
I've compiled a short playlist of songs in this genre with YouTube links highlighted. Give these a listen, revisit your own personal favorites or, if your more creative than I, consider writing an original about a place that means a lot to you. 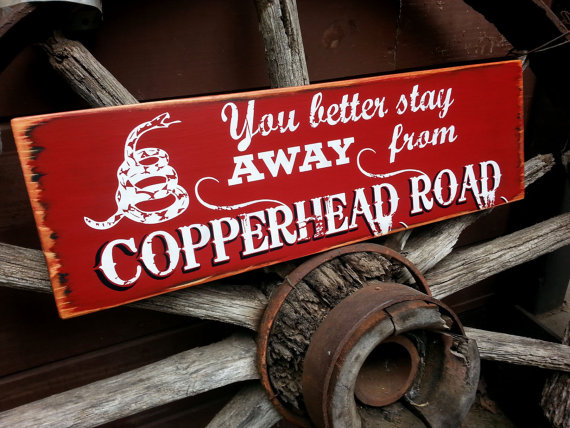 
* I don't know of any Copperhead Roads in Washington County (although there is a Snake Ridge). But we do have lots of backroads that wind up into the hills. Places where it's not a good idea to ask too many questions about what's going on out behind that collapsed barn and those rusted cars. Steve Earle's rocking song from 1988 tells the story of the next-gen in a family of moonshiners. A guy who comes back from 'Nam with "a brand new plan". Every time I hear it I'm taken up into the east Tennessee 'hollers' of the 1970's. 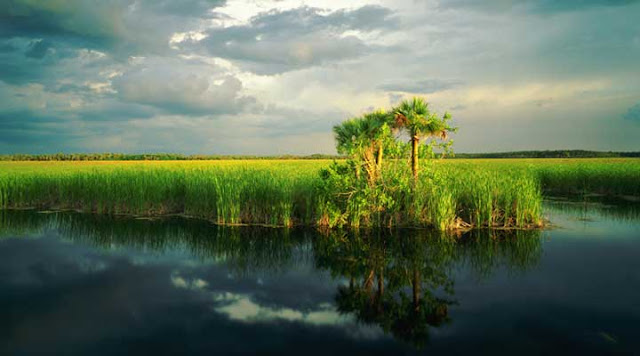 
* Another song with a distinctly southern feel is John Anderson's Seminole Wind. This country tune laments what we've done to the Everglades and, by extension, to natural places everywhere. Listen and feel Anderson's love of sawgrass, black water, the eagle and the otter. 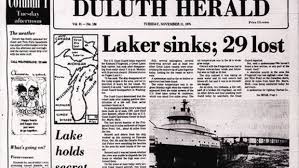 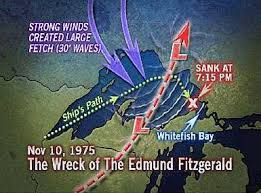 
* In Gordon Lightfoot's The Wreck of the Edmund Fitzgerald we're brought north to Lake Superior, or as he sings of it, to Gitche Gumee. Here we feel the frightening power of nature when "the gales of November come early". A wrenching telling of a tragic event with lots of evocative imagery. 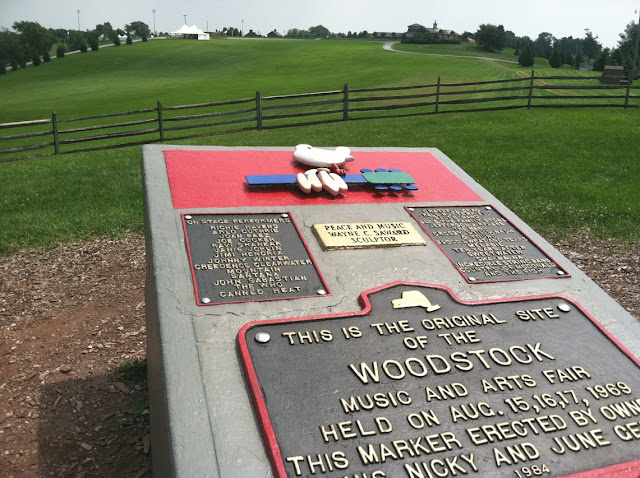 * Joni Mitchell's Woodstock is a gentle, hopeful counterpoint to the previous songs. I didn't make it to Woodstock...I was baling hay. Neither did Mitchell, but her artists imagination created this poetic celebration of a place, an event and a generation. 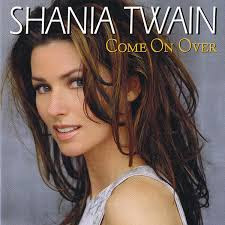 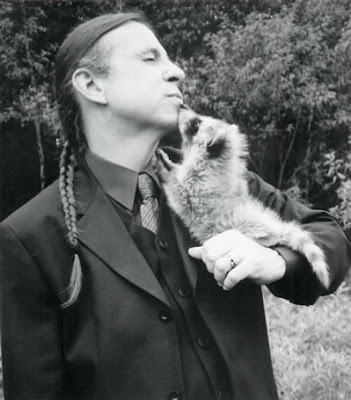 Twain and Lawrence images from the Web

* North of Woodstock and the Catskills are the Adirondacks. Eddy Lawrence's  Just down the road from Shania Twain is a catchy reminder that these mountains aren't just park and playground. People live here. Very diverse people. Lawrence captures the vibe of their lives while slyly poking fun at our infatuation with fame. 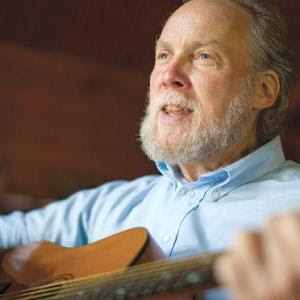 * Dan Berggren grew up in the Adirondack hill town of Minerva. He's gone on to become one of the regions most prolific songwriters with a rich repertoire depicting the hard but rewarding lives of rural folks. Find information on his performance schedule and music here. For a taste of his style, Mountain Air is hard to beat. The pool of Adirondack singer/songwriters runs as deep as a mountain lake. Others you're sure to enjoy include Peggy Lynn, Roy (Poncho) Hurd, Susan Trump and Dan Duggan. 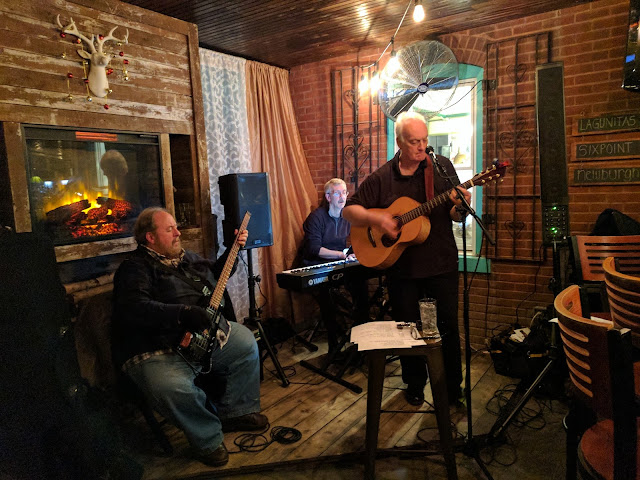 Bob and friends playing in Saratoga

* The final act in our concert tour is right here in Washington County. In May of 2004 talented citizens of the village staged 'Greenwich: The Musical'. It was written by hometown favorite, Bob Warren. Bobs a talented guy (who, incidentally, sold me a nice little truck years ago!). Beyond being a songwriter, musician and performer, he has also been a teacher and mentor to young people exploring their musical passions. Find all his CD's and see his concert schedule at this site. 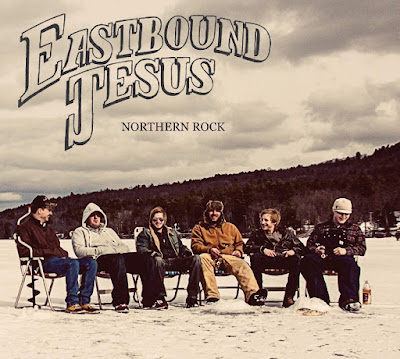 Also from Greenwich is Eastbound Jesus, six local guys playing raucous music they call Northern Rock. Visit their site to learn more. They are also known (notorious?!?) for hosting a cow pasture music festival called the Eastbound Throwdown. It will be held on September 7 & 8 at the Irwin farm in East Greenwich (if they can get the cows out of the way). 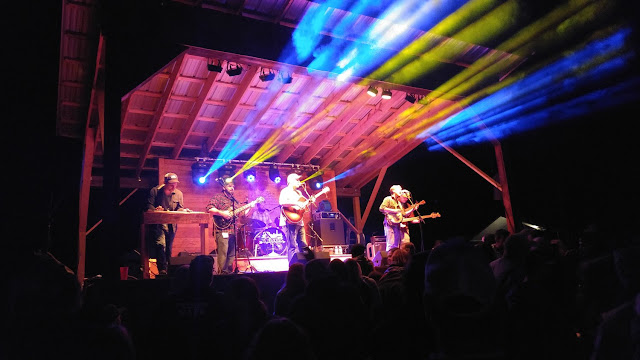 Live music is more than mega-stadium sold out concerts and triple figure ticket prices. Take The Oasis for example. It was a funky little Rt. 22 roadhouse right next to Dead Pond. That was where I learned to love live music. I can't recall the names of the bands but I do remember a drummer we knew as Squeaky. That's because we used to crawl in the open window behind his drum kit to avoid the cover charge. The 'O' is long gone, replaced with apartments and self-storage! Kind of sad but nothing lasts forever. Nothing except great memories. 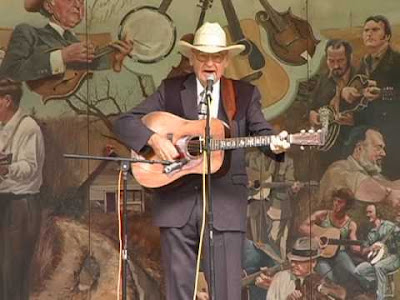 Another local music venue/watering hole was Smokey Greene's place in Thompson (near Schuylerville). The bar may be history but I wonder if Smokey is still out there playing? I know Arlin is. Like father, like son. 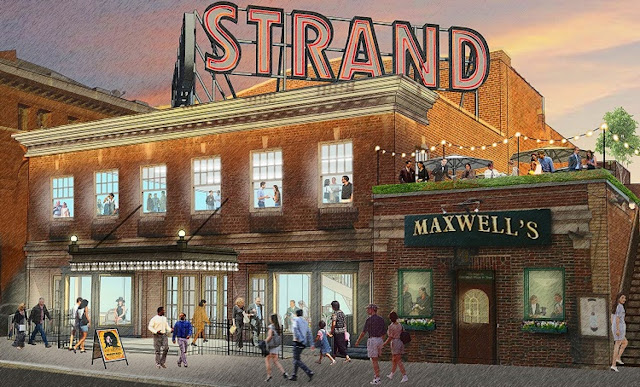 Illustration from The Strand's site

Looking for live music in Washington County today? You might try Cambridge's Hubbard Hall or the recently renovated Strand Theater in Hudson Falls, where Jonathon Newell and his crew have got a lot of energy pumping. I'm sure there are also a few bars that host Saturday night bands but I can't really offer suggestions. In my dotage I go to bed too early for that scene. Still, I usually drift off lulled by some kind of music playing in my head.

One final thought - you might want to read Bruce Chatwin's 1987 book The Songlines. I haven't got to it yet but I understand it's a provocative take on the genesis of songs, language and their relationship to the landscape. Did our ancestors sing the land into existence or did the land first elicit song? Hmmm... 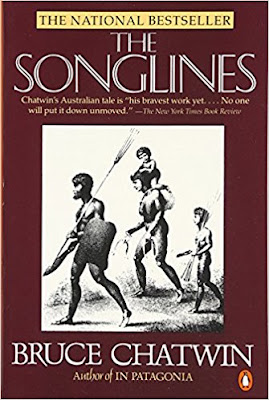 Hope you welcome spring with a song and a place in your heart.
Posted by Don Butler at 3:54 PM No comments: