"Want to climb it?"
Silly question. Back then we wanted to climb everything. That was some 30 years ago. Gwenne and I were on our way to visit family, driving east into Vermont on Rt. 4. We were running a little early with plenty of time to bolt up a small mountain.
But this wasn't just any small mountain. It was called Birdseye and it was pretty good at dishing up humility. Its roller coaster profile is a familiar landmark in these parts.  The mountain is oriented north-south, perpendicular to east-west Rt. 4.
It rises steeply from the road to a mile long ridge-line with several humps and dips before reaching a 2216 foot summit surrounded on three sides by imposing cliffs. It's reminiscent of a western butte - an isolated chunk of rock precipitous on all sides. Therein lies the challenge of climbing it.

I can't recall the details of our ascent but I think we went for the direct approach. Parked along Rt. 4A and headed up the slopes of a defunct ski area that were still somewhat open. Then we wandered along the ridge gaining elevation till we found the summit and a vantage point atop the south facing cliff. Easier said than done. This is rough country and I don't remember any marked trails. But that's the charm of this tough little peak. From our perch it felt like we had discovered a lost world as we gazed out over unbroken forest draping a rugged mountain landscape. 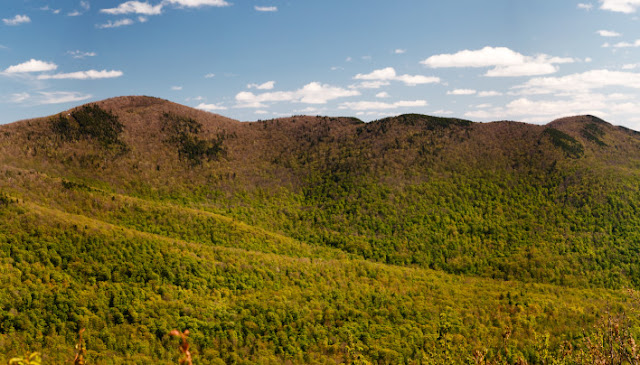 Recently, most of the vista we enjoyed became public land. It's now part of Bird Mountain Wildlife Management Area. The WMA originated with a 770 acre purchase in 1976. This included the summit, cliffs and talus slope. Nearly 3000 acres were added this year, enlarging the parcel to the south towards Herrick Mountain and Spruce Knob. I have yet to see a map of the new holdings but I'm guessing Vermont Fish and Wildlife will update their website soon. 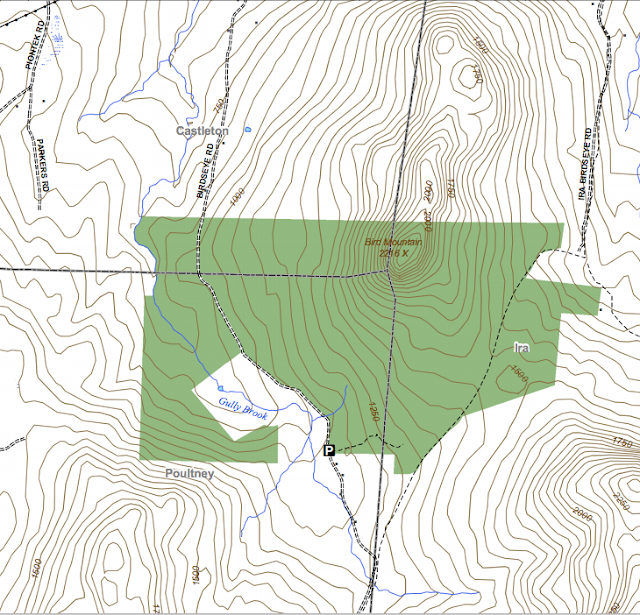 These lands were slated for wind turbine development but that project met stiff headwinds in the form of citizen opposition. Vermonters cherish their mountains and don't want to see them scarred by ugly industrial-scale structures. It took many organizations and individuals working together over a number of years but eventually their efforts came to fruition with the new acquisition. 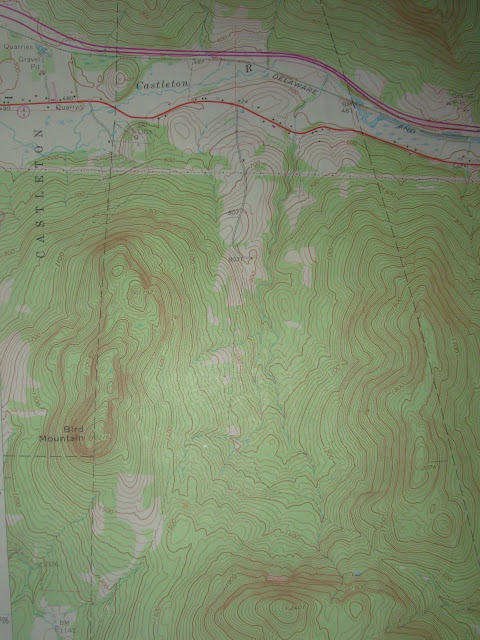 Want to explore here? Better bring a sense of adventure and some navigation skills. There are roads that head south from Rt. 4A on both the east and west sides of the mountain. Drive east from Castleton for 3 to 4 miles and look for right hand turns. Just to confuse you, they are both referred to as Birdseye Road.  Supposedly there is a hiking trail on the eastern side (towards Rutland) that is mentioned in the Green Mountain Club guidebook. I haven't seen the guidebook or the trail, so you're on your own. 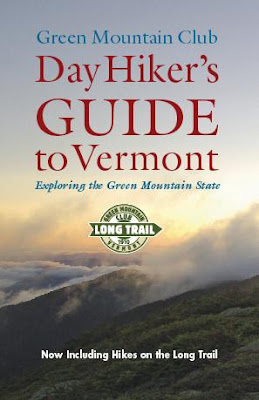 The western Birdseye Road does lead to an entrance to the WMA. I've been there but didn't have time to hike. You could conceivably reach the summit from here but it would be a very steep, perhaps dangerous, bushwhack. You can also access nearby Gully Brook - a pretty mountain stream that runs thru the WMA. Presumably this will be the starting point for trips into the newly acquired lands as well. 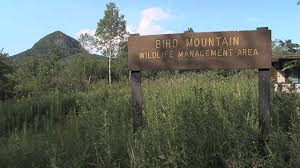 There's no doubt that people love to poke around these woods. A little research turned up references to geocaches, hang-gliding (from the old ski trails?), various hikes gone wrong and sundry other adventures. Castleton University has used the area for a winter mountaineering course and there are even reports of a haunted cemetery nearby. The Castleton River, which carved out the gap that Rt. 4 winds thru, can be canoed when conditions are right. 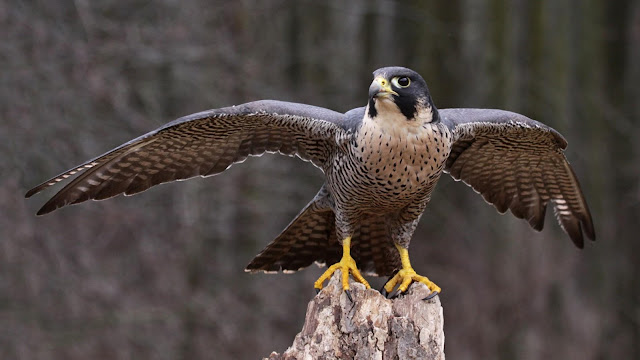 Peregrine Falcons were part of the impetus for creating the WMA. These amazing birds of prey dive at speeds approaching 200 mph. They nest on the Birdseye cliffs (and shouldn't be disturbed). Bobcat, turkey, deer and maybe even moose can also be seen here. There are vernal pools and wetlands in the headwaters of the Poultney River, a tributary of Lake Champlain. Geologically, most of the rock is a phyllite. The Bird Mountain slice of the High Taconics takes its name from this peak. The mountains shape reminds me somewhat of Camels Hump. Both have a smoothly sculpted north slope with abrupt south facing cliffs. This could be the work of glacial scouring and plucking as the ice flowed over them. For a deeper understanding of the areas bedrock and landforms Castleton University's Helen Mango and Tim Grover are great resources. 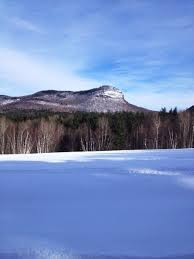 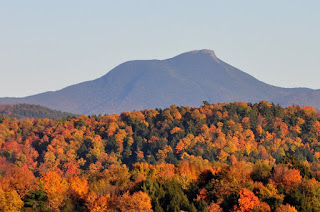 
The former ski area that Bill Jenkins built in 1961 has all but faded away. Look at the slope facing Rt. 4. See any trails? For lots of photos and history check out Jeremy Davis's New England Lost Ski Area Project.
Castleton lies just a few miles west of the old ski hill. This is a classic New England college town with tree lined streets, stately architecture and the Birdseye Diner for refreshments and nostalgia. 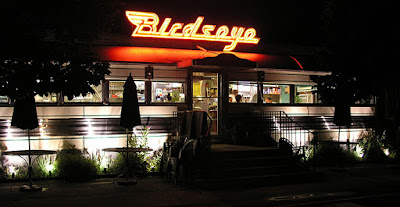 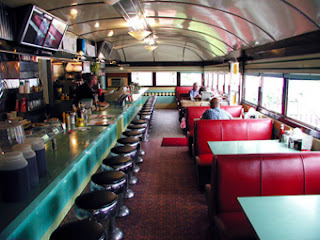 An iconic mountain, a charming village. Want to visit it? Silly question!
Posted by Don Butler at 8:37 PM 1 comment: